Prayer Area – Visit all of the Tents!

Looking for Lectors for The FEST!

Calling all readers and proclaimers of the word! We need spirited, articulate readers for The FEST Mass on Sunday, August 7th. Email a video of yourself proclaiming the readings below for FEST day to Kevin at: kevin@thefest.us. The deadline to submit your audition is July 1.

The night of the passover was known beforehand to our fathers,
that, with sure knowledge of the oaths in which they put their faith,
they might have courage.
Your people awaited the salvation of the just
and the destruction of their foes.
For when you punished our adversaries,
in this you glorified us whom you had summoned.
For in secret the holy children of the good were offering sacrifice
and putting into effect with one accord the divine institution.

Brothers and sisters:
Faith is the realization of what is hoped for
and evidence of things not seen.
Because of it the ancients were well attested.

By faith Abraham obeyed when he was called to go out to a place
that he was to receive as an inheritance;
he went out, not knowing where he was to go.
By faith he sojourned in the promised land as in a foreign country,
dwelling in tents with Isaac and Jacob, heirs of the same promise;
for he was looking forward to the city with foundations,
whose architect and maker is God.
By faith he received power to generate,
even though he was past the normal age
—and Sarah herself was sterile—
for he thought that the one who had made the promise was
trustworthy.
So it was that there came forth from one man,
himself as good as dead,
descendants as numerous as the stars in the sky
and as countless as the sands on the seashore.

Jesus said to his disciples:
“Gird your loins and light your lamps
and be like servants who await their master’s return from a wedding,
ready to open immediately when he comes and knocks.
Blessed are those servants
whom the master finds vigilant on his arrival.
Amen, I say to you, he will gird himself,
have the servants recline at table, and proceed to wait on them.
And should he come in the second or third watch
and find them prepared in this way,
blessed are those servants.
Be sure of this:
if the master of the house had known the hour
when the thief was coming,
he would not have let his house be broken into.
You also must be prepared, for at an hour you do not expect,
the Son of Man will come.”

We will conclude The FEST with an outdoor Mass at 8:oo pm. If there’s a loved one you would like remembered as part of the Mass, please add their name to the Book of Remembrance using the form below. 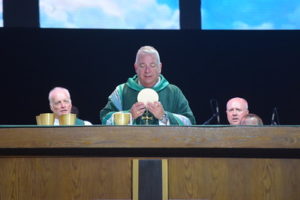 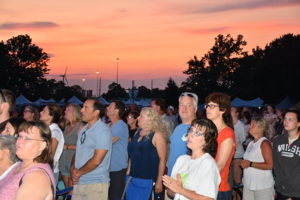 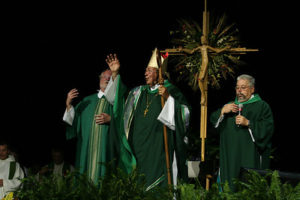 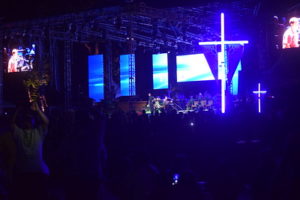